Regardless of whether you call it Orwellian, Alice-in-Wonderland, or the Last Days, the modern era is overrun by double-speak, where one term means its opposite, and if you don’t understand that or accept it, then you’re part of the problem and need to shut up. You’re not wanted. This is particularly challenging for believing Christians, who are under mandate from our Savior to speak boldly for the truth.

Isaiah 5:20 (NKJV): “Woe to those who call evil good, and good evil; Who put darkness for light, and light for darkness; Who put bitter for sweet, and sweet for bitter!”

2 Timothy 4:3-4 (ESV): “For the time is coming when people will not  endure sound teaching, but having itching ears they will accumulate for themselves teachers to suit their own passions, and will turn away from listening to the truth and wander off into myths.”

Rom. 12:2 (CSB): “Do not be conformed to this age, but be transformed by the renewing of your mind, so that you may discern what is the good, pleasing, and perfect will of God.”

EXCLUDING CHRISTIANS TO BE “INCLUSIVE”

THE HEADLINE SCREAMED the righteous indignation of actress Melissa McCarthy, who loudly proclaimed she was withdrawing financial “support” from an anti-trafficking group, Exodus Cry, that is a faith-based Christian organization.

The organization, which rescues girls and women from sexual exploitation, is founded by, and operates on, principles gleaned from God’s Holy Word.

Specifically in relation to sexual practice, the group not only opposes the exploitation and forced prostitution of females, but it also, in keeping with God’s Word, opposes abortion and LGBTQ “rights.”

The actress is staring in a new movie, “Superintelligence,” to be released Thanksgiving Day. As part of the pre-release promotion, McCarthy launched “20 Days of Kindness” to support 20 charities, among them Exodus Cry and Planned Parenthood.

A Nov. 16, 2020, article in ChurchLeaders.com, said the actress pulled the funding once she found out from social media that the organization is “hostile” to gay rights and abortion procedures.

IN A PUBLIC STATEMENT explaining her action, McCarthy said the Christian organization “stands for everything that we do not.”

She further said she wanted to “thank everyone” on social  media who asked, “‘What are you doing? Are you sure you want to back this?’ Because the answer is, ‘No, we do not.’”

Her final comment was, “Thanks for helping us correct a big mistake.”

UNFORTUNATELY, THIS has become a commonplace story.

The apostle Paul issued this warning 2,000 years ago: “Don’t be conformed to this world but be transformed by the renewing of your mind.” (Rom. 12:2)

The Dec. 18, 2018, Washington Examiner ran an article from Syracuse, N.Y., saying New York state officials told an adoption agency, New Hope Family Services, to close its doors unless it violated its religious beliefs to place children only in homes with a married mother and father.

In fact, the New York State Office of Children and Family Services congratulated New Hope for “a number of strengths in providing adoption services within the community.” 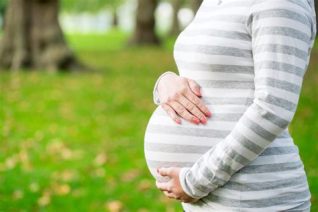 The organization has placed more than 1,000 adoptions throughout the state between 1965, when it opened, to 2018, when the article ran. Since then, according to its website, it has expanded its adoption services to include a full-range of pregnancy counseling, excluding performing or referring for abortions.

THE GRAPHIC DESIGN Circles Conference in Texas announced in 2019 that it was cancelling a church leader from its list of speakers after a member group complained he might make others feel unsafe.

David Roark, the communications and resources director for The Village Church, a megachurch based in Flower Mound, Texas, was uninvited from the September conference after the Dallas-Fort Worth chapter of the American Institute of Graphic Arts (AIGA) refused to participate because of his inclusion.

AIGA claimed that The Village Church “does not meet our standards of inclusion because of openly discriminatory policies and practices towards women and the LGBTQ+ community.” The Circles Conference agreed with the group and scrubbed Mr. Roark’s profile from their website.

In a statement announcing the change, Conference founder Ismael Burciaga said, “When you walk through the doors of Circles Conference, we want you to feel welcome.”

The statement concluded by noting the conference’s continued commitment to “assemble a diverse, inclusive, and innovative lineup of speakers.”

Paul referenced this very thing in an apostolic letter to his disciple, Timothy: “The time is coming when people will not endure sound teaching … and will turn away from listening to the truth and wander off into myths.” (2 Tim. 4:3-4)

IN ALL OF THESE examples, and the many more that could be assembled, one maxim stands out:

In the name of “diversity and inclusion,” the buzzwords of the modern secular era, conservative thinkers — especially those who are Christian faith-based — need not apply.

There’s a very significant reason why.

The Christian believer holds God’s Truth to be an absolute, which makes His Word both eternal and universal. His Word was good yesterday and today, and it will be good tomorrow.

Plus, it is good and right for everyone, not just one person. The Christian faith is not about “You do you, bro.” 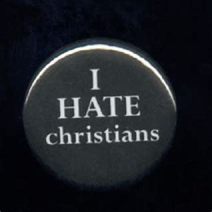 The “modern” thinker, who is drawn by the wisdom of his own observation and reasoning, will not allow for absolutes, because, for the non-believer, they don’t exist.

While various modern groups can differ in their beliefs, they can align around the shared value that all truths are relative and personal.

The strongest exception comes from the Christian believer, who holds onto a set of values that does not allow for compromise or dissent.

YOUR WORD IS TRUTH.

O LORD, OUR HEAVENLY FATHER, sometimes, we just feel so overwhelmed with the task of carrying the Gospel to a broken, unbelieving, cynical world; yet, when we place our trust in You, we labor not with our strength and wisdom but with Yours. We pray for grace and mercy as Your Spirit prepares us for the good work to be done on behalf of the Kingdom, not for our glory, O Lord, but for Yours. In Jesus’ mighty name we pray. AMEN

May you find what your soul needs.

Some coffee, a keyboard and my soul! My first true friends!

A word of truth in a world that acknowledges little of it.

Mary has chosen what is better, and it will not be taken away from her -Jesus

Dining with Jesus Christian Episodes. Hablamos Español. May the Lord bless those who have visited our site and faithfully followed us as we continue our mission to spread the gospel to all corners of the world. Amen

Theology of a Newfoundland Housewife

Exploring Who God is

Traveling the World Through Others

Blessed with a Star on the Forehead

As I navigate through this life ...

Motivation, Inspiration, Make time to motivate and inspire others