Satan’s second-biggest lie is telling us sin is fun. His biggest lie? — that he doesn’t exist. Yes, the devil can lure us with the scent of delirious sin. We can feel it, smell it, taste it, and desire it. It seems so good — until its harmful effects bubble up and we see the mess we’re in. By contrast, Jesus offers us a life of harmony with our Creator and the promise of peace and joy that surpasses our understanding.

And the Lord God commanded the man, “You are free to eat from any tree in the garden; but you must not eat from the tree of the knowledge of good and evil, for when you eat of it you will surely die.” (Genesis 2:16 NIV)

“You will not surely die,” the serpent said to the woman. (Genesis 3:4 NIV)

You are of your father the devil, and you want to carry out your father’s desires. He was a murderer from the beginning and does not stand in the truth, because there is no truth in him. When he tells a lie, he speaks from his own nature, because he is a liar and the father of lies. (John 8:44 CSB)

SHE: I’LL BET MY WEEKEND WILL BE MORE FUN THAN YOURS!

SHE: John’s in town.

SHE: Yeah, Dodo. John. He’s like this really cool guy I knew at State. He’s divorced and all, so he’s, like, free, you know?

SHE: And? Like, we’ll party with some friends, go to a club, you know; then he’ll  spend the night at my house. Way more fun than what you’ll do.

(SHE nudges him and winks)

HE: I don’t know about that.

SHE: Why, what’ll you do? Hang out with some boring Christian friends and spend the whole time in church?

HE: Oh, I see. I don’t think you understand. Can we talk?

SHE: Sure, but it’ll cost you.

(SHE points to a coffee shop)

SHE: I want a mocha latte.

(HE orders a latte for her and dark roast for himself)

(THEY find a quiet corner)

SHE: So, tell me, what’s the mystery?

(HE sips coffee and puts cup down)

HE: I know you think your weekend will be more fun than mine. I’ve got to admit, it sounds really attractive.

HE: IN FACT, BECAUSE OF MY SINFUL NATURE, I could imagine spending a weekend like that, too. Not with John, of course, but maybe with his sister. Does he have a sister? Never mind. Oh, sure, I can think of all sorts of pleasures — self-serving, self-gratifying — that sound like fun. Fun until you do them.

SHE: What do you mean, fun until you do them? 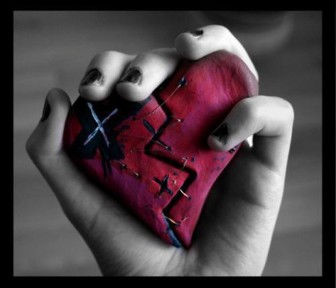 HE: Some of that fun you’re talking about will lead to misery. Okay, there could be an excess of alcohol. That’ll impair your judgment. Or, there could be some hard drugs. Illegal for starters; addictive, if continued. Then, there’s the sex. Sounds great, right!

HE: How many unwanted pregnancies do you think will get started this weekend? How many diseases will get passed around? Not only that, but how many hearts will be broken when hookups end? Any abortions down the road?

SHE: I don’t think you get it.

HE: I get it. I do. You might not get caught — this time — but is your life on track to fulfillment? I mean, you’re, what, 34, 35? Never married. No husband, no kids. Living in a condo listening to the same tunes you rocked to in college. Nothing to show for it.

SHE: You’re a downer.

HE: That church thing you mentioned. Yeah, I’m going to church Sunday, but it’s not the boring gig you think it is. I’m joyful. I’m praising the living God who created me, who loves me so much He sent His Son to die for me, to pay the price for my sins. Not just things I do or even say, but the things I think about or imagine.

SHE: GET OUTTA HERE! WHAT EVIL STUFF DO YOU THINK ABOUT, DUDE?

HE: Pretty much the same things you think about. Maybe even some of the things you’re hoping will happen this weekend. You see, we’re pretty much the same. Here’s the difference: I took stock of my life three years ago, and I just realized things were not adding up right, you know? I mean, I have these talents, or gifts — everyone does — but I wasn’t using them for anything useful.

SHE: Yeah, I remember you saying something about that.

HE: Do you remember my searching around for something better to hold onto than parties, booze, and girls?

SHE: Yeah, you were a real pain then, asking us all of those questions about why we’re here on earth, and whether there’s any plan for us, and where we’re headed. You seemed to have found an answer — for you, of course — but that Jesus thing just isn’t for everybody.

(HE opens the Holy Bible app on his smart phone)

HE: Yes, it is. He’s for real, and He’s for everybody. Sooner or later, each of us has to answer the one question He asked his disciples. “But what about you?” He asked. “Who do you say I am?” It’s in Matthew, Chapter 16, Verse 15. I’m quoting from the NIV translation.

(HE flicks through the Bible app)

HE: Well, one of the disciples, it was Peter, said, “You are the Christ, the Son of the living God.” That’s in the next verse, in Matthew. That was from the English Standard Version.

SHE: All those versions. You’re a regular smarty pants, aren’t you?

(HE ignores her taunt)

HE: You see, each one of us — you and me, and your friend John, for that matter — will have to answer that question some day.

HE: Let me guess, the Great Cosmic Killjoy. The Big Meanie. SuperCop. Something like that, right? Someone who’ll steal your vibe, knock the fun right out of your weekend, and the next thing you’ll be doing is dishing out slop in a soup kitchen to a homeless vagrant with fleas in his hair. And to top it off, you’ll sport a Happy Face with a big grin and sparkling eyes.

HE: You know, the Bible says something about that.

(HE consults his Bible app)

HE: It’s in 1 Corinthians 1:18. One translation, the New Century Version,  quotes it this way: “The teaching about the cross is foolishness to those who are being lost, but to us who are being saved it is the power of God.”

(HE looks directly at her)

HE: What that means is that without the Holy Spirit in your heart, everything Jesus had to say sounds like gibberish, but once you accept  the truth of who He is, everything falls into place.

HE: CS Lewis put it like this in his book Mere Christianity. Let’s see if I can remember this right: “Christianity, if false, is of no importance, and if true, of infinite importance; the only thing it cannot be is moderately important.”

HE: Put another way, Jesus told us He’s God. He could be lying or He could be delusional. In either case, we could ignore Him. But if Jesus is Who He says He is, then He is God. Then, we had better look at what He tells us. He says He came into this world to give us life and to give us a life that’s robust and full of grace.

HE: See, the Bible tells us that God loves us so much that He didn’t even spare the life of His own Son, giving Him to death to pay for our transgressions. So, with that being said, how will He not also give us all good things?

HE: No, I don’t mean going to church. I mean worshipping the living God! I mean giving praise and thanks and blessing to the One who makes all of this worthwhile.

SHE: I FEEL SICK.

HE: What’s the matter?

SHE: Suddenly, this weekend with John doesn’t sound like so much fun, after all.

HE: Okay, so what are you going to do about it?

SHE: I don’t know. Probably still go through with it. I mean, our plans are made already, you know? It’s way more easier to go through with the plans than to change them, right? 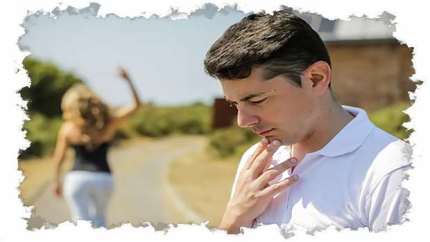 (SHE drains her coffee)

HE: Maybe not smarter.

(SHE looks at him. Discards her cup. Returns to table)

SHE: Are you done with your coffee?

(HE looks at her sadly)

(HE stands up and discards his cup, pouring out the remaining coffee)

(THEY leave silently after a quick hug)

HE: Would you like me to pray for you?

HE: Jesus loves you. Satan doesn’t.

(THEY depart in opposite directions)

PRAYER: Heavenly Father, Creator of the the universe and all of life. Help us see the benevolence of Your grace and mercy. Help us see Your love as You reach out to us. Help us see the gift of Jesus Christ, who bore our punishment. Help us live our lives in gratitude for Your saving grace. In Jesus we pray. Amen

reflections on faith and life

Anytime, Anything, Anywhere for Jesus because He is so worthy

🐛 For Caterpillars Seeking The Butterfly Within 🦋

Your Last Day On Earth
Heartshare

Integrating Spirit and Soul with Mind-Body

The heavens are telling the glory of God; and the firmament proclaims His handiwork. Psalms 19:1

Normalising the conversation about Grief.

God Stories for Me, Yippee!