Adversity is always with us in this world. When the first century church was splitting, with factions declaring they were following one evangelist or another, Paul chastised them with words much like this: “None of us changes hearts and claims them for the Lord. All of us are called by the Holy Spirit to preach the Word of God, and God uses each one of us according to the gifts he’s given us. We’re not the ones changing people’s hearts. We’re not the ones making a difference. We don’t accomplish anything on our own. It’s the Holy Spirit’s work.”

And the king [King Josiah] stood in his place and made a covenant before the LORD, to walk after the LORD and to keep his commandments and his testimonies and his statutes, with all his heart and all his soul, to perform the words of the covenant that were written in this book. (2 Chronicles 34:31 ESV)

Let us not lose heart in doing good, for in due time we will reap if we do not grow weary. (Galatians 6:9 NASB)

But those who trust in the LORD will find new strength. They will soar high on wings like eagles. They will run and not grow weary. They will walk and not faint. (Isaiah 40:31 NLT)

YOU SAY YOU’VE GOT PROBLEMS.

Well, me, too, but let’s take a look at the mess King Josiah faced.

Haven’t heard of him? Let’s change that. 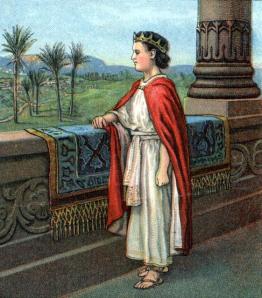 portion of Israel) at the age of 8. The Bible says he “did what was right  in the eyes of the Lord,” which means he purified the land of totems to pagan gods and cleaned up the Lord’s Temple.

About 10 years into his reign, the priests came across a book of writings from Moses. This book was given to the Israelites in the desert after God freed them from slavery in Egypt. In it, Moses told the Israelites of God’s rich blessings if they worshipped Him and remained faithful.

If they worshipped other gods, however, then God’s wrath would be upon them.

Remember this: the priests found this book of God’s instruction shoved in a dusty back room of the Temple, covered, no doubt, with dust and cobwebs.

Josiah knew his kingdom had been disobedient and that JUDGMENT was on the way.

A prophetess confirmed for Josiah that not only was God angry with the Israelites, but there was nothing Josiah could do to prevent judgment. God’s actual words: “My anger will be poured out on this place and will not be quenched” (v. 25).

But God in His mercy gave them a break: Because Josiah was faithful, humble, and showed remorse for his people, there would be peace in his time. Judgment would come following Josiah’s death.

FACING THESE LONG ODDS, WHAT DID JOSIAH DO?

What would you do?

I know what I would do. I would cave.

I would figure no matter what I did or said to serve the Lord, no matter how helpful or encouraging I was, no matter how loving, forgiving, and worshipful I tried to be, it would make no difference. No one would benefit. Nothing useful from me. No souls saved. No fruit born.

Friends, there’s a reason we’re writing about Josiah and not about me — and here it is.

The Bible tells us, the king marched over to the Temple and called the elders of his country to join him, and he stood in his place. His place. This was not a pew in the back of the room, where he could hide in the shadows, slipping in when the service was half over only to leave early.

This was a prominent spot, from which he could command the people’s attention.

From that spot, Josiah “made a covenant before the LORD, to walk after the LORD and to keep his commandments and his testimonies and his statutes, with all his heart and all his soul, to perform the words of the covenant that were written in this book.” (2 Chronicles 34:31 ESV)

With firm determination, knowing the odds were stacked against him, he did all he could do — he declared his love and devotion to the God of heaven and earth and ordered his subjects to join him in obeying God’s commands.

We’re told the people obeyed their king “as long as he lived” but reverted back to their old ways once the new king took over.

The result? God’s judgment was swift, and the populace was taken into captivity.

SOMETIMES THE ROAD IS SO PITTED AND TORN, the headwinds so strong, even the bravest among us turn back. 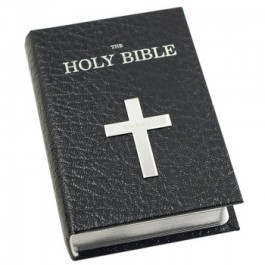 Some 650 years after King Josiah made his stand, the apostle Paul faced a similar test. Paul dealt with crippling divisions in the church, where believers split up, siding with different evangelists. Paul would have none of it.

He had the right answer for the argument about which evangelist — Apollos or Peter or Paul, or anyone else, for that matter — was the most influential.

“None of us,” he said. “All of us are called by the Holy Spirit to preach the Word of God, and God uses us each one of us according to the speaking and writing and service gifts he’s given us. We’re not the ones changing people’s hearts and claiming them for the Lord. We don’t accomplish anything on our own. “

THERE WILL ALWAYS BE PUSHBACK.

Every time a door opens, and the Lord gives us an opportunity to enter in to give God glory, there will be a competing wind, trying to blow us back. The enemy hates God’s rule and is dedicated to gumming up the works.

We might never have the influence that King Josiah or the apostle Paul had, we might not have our names in the Bible as they did, and no pastor may ever cite to our lives as one might to theirs for a biblical lesson to ponder.

But God didn’t call us to that role. Paul noted that it was by “the grace [of] God” that he became an apostle for the Lord, but even so, he was just beginning the pathway. “I laid a foundation as an expert builder, and someone else is building on it,” he said. (1 Corinthians 3:10 NIV)

We’re all builders on that foundation laid down by others before us, just as long as we heed Paul’s words to build only on the foundation laid by Jesus Christ. (v. 10-11)

Every time Christ’s people try to make a difference in the world, they will face pushback from the enemy.

“It’s raining pretty hard. Maybe now’s not a good time.” “Oh, my, look at all the traffic. Probably should wait.” “I’m feeling tired this week, and my back’s been acting up. I should rest.” “I’m not sure I want to commit right now to something regular. Let the young folks (retired folks, folks without children, folks with children, married folks, single folks, employed folks, folks on vacation) step up this time.”

(Those excuses, reworked slightly, were said recently by someone I know well.)

We may not want to, but too often, too easily, we say:

We’re not likely to cite Cain, but we all know his comment to God about Abel. “Am I my brother’s keeper?” (Genesis 4:9 NIV)

GOD WON’T LET US DOWN. He knows the obstacles in our way. So, He’s given us some words to cheer us up and keep us in the game.

The Holy Spirit inspired them, Solomon wrote them, and we can live by them:

In spite of many daydreams, pointless actions, and empty words, you should still fear God.  (Ecclesiastes 5:7 GW)

PRAYER: Heavenly Father, sometimes we are so ashamed of our faithlessness, our weakness, our willingness to quit. The Lord Jesus said the road would be tough and only a few people would find their way and persevere. O LORD, help us be mindful of the Kingdom’s work and how you left the job in our hands, with the Holy Spirit’s counsel and power. The Lord Jesus urged us to abide in Him. He promised us He would abide in us. Without Him, Heavenly Father, we can do nothing. With Him, we can do more than we could ever ask or imagine. May we rely on the LORD with all our heart and understanding, knowing that as we acknowledge You, You will make our paths straight. In Jesus’ loving name we offer this prayer. Amen