God makes it clear that He expects us to obey Him, not just to “take under advisement” His proclamations but to write them on our hearts and live them out in our daily lives. He shows us amazing patience to give those who do not yet believe in Him a chance to repent and be saved, but there will be a time when the clock runs out, and He will call us to account. Because God has given us so much, it should make it easier for us to give Him our lives. Human pride makes that exchange difficult, but the rewards for doing so are immense and eternal.

“The men of Israel tasted the bread, but they did not ask the LORD what to do.” Joshua 9:14 (NCV)

HOW OFTEN DO WE begin a “good work” for the Lord without first asking Him if this is His will.

We can learn from the the Book of Joshua what happens when we fail to consult the Lord’s will for our lives, even on matters where it seems obvious we are doing right. We also can learn from Joshua how He blesses us when we do obey Him, even when we do not immediately see the wisdom of His plan.

Yes, Joshua failed to consult the Lord regarding the Gibeonites who deceived him into thinking they had traveled a long distance to surrender, when they actually were a neighboring people marked for slaughter. As a result, a foreign influence was left in the land.

HOWEVER, LATER JOSHUA did consult the Lord regarding warfare against Israel’s northern neighbors. The Lord gave the armies over to Joshua and commanded him to destroy their lands, even crippling their horses and burning their chariots.

This time, Joshua obeyed, and he continued to be victorious in his battles, thus, clearing the land for the Jews, as the Lord had promised:

“Joshua did to them as the LORD had commanded him; he hamstrung their horses and burned their chariots.”  —Joshua 11:9 (NET)

We learn from Saul’s example in 1 Samuel 15, that God prefers our obedience to our sacrifices. That is, He wants us to obey His voice rather than assume on our own, that we’re doing the Lord’s will.

“Then Samuel said: Does the LORD take pleasure in burnt offerings and sacrifices as much as in obeying the LORD? Look: to obey is better than sacrifice, to pay attention is better than the fat of rams.” — 1 Samuel 15:22 (CSB)

BEFORE HIS ASCENSION, Jesus gathered His disciples before Him and gave them their final instructions. He was about to go to the Father and, soon, would send the Holy Spirit to comfort and guide His followers.

He started by reminding them that “all authority in heaven and on earth” had been given to Him. In the entire universe, only the Father has more authority than Jesus, including Satan and any of his demons.

Jesus told His disciples to baptize the nations and teach them “everything I have commanded you” (Matthew 28:20 NIV).

Again, the instructions to love others, pray for them, minister to their needs, show compassion and mercy, and forgive them were not just “nice things” to keep in mind or suggestions for their consideration.

They are “commandments.” They are to be obeyed.

We, as believers, claim God’s promises to give us peace beyond understanding and Paradise for eternity; in turn, God claims for us that we honor Him by obeying His will for our lives.

PRAYER: O Lord, our Heavenly Father, how often do we presume to know Your plans for us because of our conviction that such-and-such an action is the right course to take, that we forget to stop and ask. You have told us over and over again that You prefer obedience to sacrifices and good works. You want us to praise You and glorify You, and we do this by obeying You. Lord, forgive us for our prideful disobedience, and turn our hearts and steps back to You. In Jesus name we pray. Amen

Would you like us at LoveAndGrace to pray for you?

If so, just indicate your request in the Comment field. God bless!

Mercifully, God is patient with His people, not wanting anyone to suffer but all to come to repentance and believe in Him. He wants this reconciliation with mankind so much He sent His Son to die a horrific death, after living a sinless life, to atone for our sin. Now, it’s up to us to decide whether to believe Him or perish in our unbelief. It should be an easy choice, but to choose life means surrendering our pride to God, and that’s where many people refuse to go.

The Lord is not slow in keeping his promise, as some understand slowness. Instead he is patient with you, not wanting anyone to perish, but everyone to come to repentance.  — 2 Peter 3:9 (NIV)

But I received mercy for this reason, so that in me, the worst of them [sinners], Christ Jesus might demonstrate his extraordinary patience as an example to those who would believe in him for eternal life.  — 1 Timothy 1:16 (CBS) 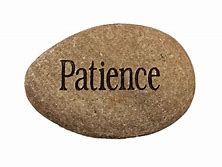 He was patient with me, knowing that, in time, I would believe.

Easily and with great justification, God could have wiped me off the face of the earth. Instead, through patience — love and grace and mercy — He endured my disobedience and walk in darkness so that He could claim me as His own for eternity.

The Lord’s patience will run out for everyone at some point. Those who continue to

reject Him will be punished, but before then, they will have been given many chances to see the Lord’s righteousness and live. Fortunately for me, He gave me the time I needed to realize I needed Him in my life.

Both life-giving events are precious to me, but the first date is made precious only because of the second one.

PRAYER: O Heavenly Father, thank You so much for Your patience with me. Thank You for knowing I would come to faith, that I would bend the knee and seek Your forgiveness for my sin, that I would ask the Holy Spirit to come into my life and remake me in Your image. Lord, forgive me for my sins and failures, for my pride and thoughtlessness, for my self-centeredness. Remold me, O Lord, in Your image so that every day I may come to love You more, pray to You more, depend on You more, and become more and more like You. In Jesus’ holy and precious name, Amen

Would you like us at LoveAndGrace to pray for you?

If so, just indicate in the Comment field. God bless!

The sin in our lives stems from three sources: our desires, the influence of the fallen world around us, and the devil’s schemes. There is enough motive for us to sin even without Satan’s pull. God speaks into our hearts — our minds and thoughts — with His message of Truth. Our thoughts drive our comments and, eventually, our actions, so, to keep our witness pure, we first need to capture evil thoughts. To do that, we need to stay in prayer. God calls us to pray so that He may pour His Truth into our hearts and minds.

“Be careful what you think, because your thoughts run your life.” — Proverbs 4:23 (NCV)

“Temptation comes from our own desires, which entice us and drag us away. These desires give birth to sinful actions. And when sin is allowed to grow, it gives birth to death.” — James 1:15 (NLT)

SO, EVEN OUR THOUGHTS ARE SUBJECT TO GOD’S JUDGMENT?

Well, Jesus was pretty clear about it in Matthew 5 (27-28), when He said that it’s not just a sin to commit adultery, but that if any man or woman looks upon another person with lust in their hearts, that person “has already committed adultery” (NKJV).

Does that mean it’s not enough that we not do harmful things … or make derogatory comments …we can’t even think those thoughts even if we don’t say or do them?

Isn’t that a bit much?

Who can go through a whole day without thinking sinful thoughts? It’s tough enough avoiding the actions and comments. 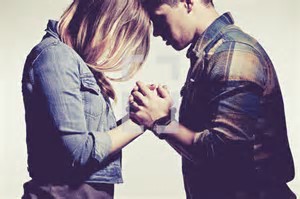 God knows our sinful hearts. He knows how we work. After all, He created us, and He knows our rebellion.

There’s a well-known misquote of a Bible verse that says “money is the root of all evil,” when the actual verse says it’s “the love of money” that is the root of evil and that “through this craving,” many have wandered away from the truth and faith in Jesus (1 Timothy 6:10 ESV).

James reminds us that it’s our desires that “entice us and drag us away” (James 1:15 NLT).

God knows that as soon as we start harboring thoughts, whatever they may be, those thoughts will overtake us and begin to drive our comments and our actions … a little at a time … until they completely take us over.

Our Lord Jesus Christ warned us again in Matthew 15:11, when He said it’s not what goes into our bodies that defiles us but what comes out of our bodies.

What defiles us is what comes out of our hearts … and our thoughts.

GOD, IN HIS MERCY, has given us the way out.

He tells us what we should be thinking about:

“Fix your thoughts on what is true, and honorable, and right, and pure, and lovely, and admirable. Think about things that are excellent and worthy of praise.” (Philippians 4:8 NLT).

How do we do that?

PRAYER: Our Heavenly Father, You know our thoughts are impure. You know we wander from the truth. We stay connected for a short time, then go astray. You keep pulling us back … through reading Your Word, through worship, through fellowship. Thank You for Your mercy. Change our hearts, O LORD, to hearts that seek the Risen Lord, that witness to the life-saving power of the Holy Spirit, that spread the message of redemption. We lift this prayer in the name of Jesus, Amen

Would you like us at LoveAndGrace to pray for you?  If so, please indicate in the Comment field. God bless!