Today’s Christian church is under attack from within as Satan sets his sights on dividing us between those who see God’s Word as inerrant and infallible and those who want to “touch it up” to make it relevant to a fallen world. God gives us choices, but He also instructs us on where He wants us to go. Those who reject His instruction are headed for doom. Unfortunately, not only do they misrepresent the Gospel, they also lead nonbelievers astray.

ON FACEBOOK a few days ago, I saw an article posted from a self-proclaimed Christian that was very  disturbing. The article was written by a pastor fired from his position at a megachurch to become, as a bio of him proclaims, “a rising star of the religious left.”

The “religious left.” What exactly is that?

In its current form, it is best described by its own term: “progressive Christianity,” the post-liberal phenomenon that poses as “Christian” while espousing the same moral code as the progressive pagan political left. 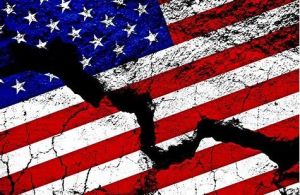 Progressive Christianity’s poster boy is former Democrat Party presidential candidate Pete Buttigieg, a gay man who proclaims that God made him homosexual and that most evangelical Christians—described as far-right white nationalist homophobic, xenophobic deplorable knuckle draggers who support the current President and Vice President—are intolerant of one of God’s creatures.

A WIKIPEDIA ENTRY defines “post-liberal” theology as a movement that seeks to “reform the faith via the insights of post-modernism and a reclaiming of the truth beyond the verifiable historicity and factuality of the passages in the Bible” and so-on and blah-blah-blah. It claims not to be synonymous, “necessarily,” with progressive secular politics.

Satan, the master of disguise, is at it again, aiming his arrows at the body of Christ, trying to divide the faithful who believe God’s Word to be inerrant and infallible from those who want to fudge it a bit to bring God up-to-date.

WHERE DOES THIS take us?

First, the religious movement joins forces with its secular counterpart to form a coordinated attack against the Word of God and anyone who proclaims the veracity of the Holy Bible. 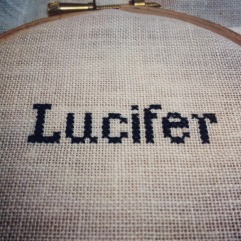 Second, because it promotes itself as “religious,” it becomes a useful tool for the secular progressives to use against Bible-based Christianity.

This is readily seen, for example, in the lineup of secular left-wing publications this pastor’s work is featured in: Slate, Cosmopolitan, and Quartz. The last publication says it rejects  “racism and xenophobia,” which it finds, of course, among faith-based Christians.

PROGRESSIVE CHRISTIANITY is just one step removed from non-Christianity, with that short stride being shortened by the moment.

Not only do progressive Christians mislead themselves by claiming to be Christian, they also claim a superior form of Christianity, bound in intersectional politics.

It’s not enough to cast doubt on the Bible’s relevance, they join forces with the global post-nationalist forces, which promote what evangelist Franklin Graham calls “a secular worldview hostile to biblical values.”

Progressive politics, Graham says, “is a code word for someone who leans toward socialism, who does not believe in God and who will likely vote against Godly principles” that are part of our country’s foundation.

I LOVE MY FACEBOOK friend and have no desire to create animosity between us. This person has been nothing but good and decent to me, and it hurts my heart to see thisperson pulled in a direction contrary to what the Bible teaches.

But the dividing line between Bible-based Christians and so-called progressive Christians is becoming a dividing wall. Maybe that’s how it should be. Those who no longer place their faith in God’s Holy Word are promoting a false Gospel, one that dovetails with left-wing secular politics, while pretending to be God’s Word.

The apostle John wrote: “They went out from us, but they were not of us; for if they had been of us, they would have continued with us. But they went out, that it might become plain that they all are not of us.” — 1 John 2:19 (ESV)

We need to pray for them, of course, and not become discouraged as those—many of whom have worshipped in our midst—go a different path. “My brothers and sisters, if one of you should wander from the truth and someone should bring that person back, remember this: Whoever turns a sinner from the error of their way will save them from death and cover over a multitude of sins.” James 5:19-20 (NIV)

It is their choice, but the Bible tells us in Proverbs 14:12 (NKJV): “There’s a way that seems right to a man, But its end is the way of death.”

OUR JOB AS FAITHFUL Christians is to remain faithful to the Gospel as God wrote it, pray for those who veer from the truth, be bold in our witness, and shine a bright light in a darkened world.

“Let us not lose heart in doing good, for in due time we will reap if we do not grow weary.” — Galatians 6:9 (NASB)

Dear Lord, our Heavenly Father, we know that Your  Word is holy and true, just as You, OLord, are a holy God and in You resides Truth. Forgive those who would twist Your Word in a false attempt to make it “relevant” to today’s world, when You have warned us that You are perfect and never change. Your Word does not need modification. May they come to see the error of their way, O Lord, as You bring them back, like lost sheep, to the fold. In Jesus’ holy name we lift this prayer. AMEN