The evangelical brand of Christianity is splitting, perhaps beyond repair, into rival camps. While the fabric was being torn for decades, the rip is more noticeable as a large voting bloc supported the presidential election of Donald Trump over rival candidates. Only Trump selected an evangelical running mate and promised to support policies the bloc supports. Other candidates actively opposed those policies. Recently, the anti-Trump evangelicals held a conference bemoaning their minority status. Where does this brand of Christianity go … and will there be a healing balm?

“But as for you, speak the things that are consistent with sound doctrine.” (Titus 2:1 BSB)

Comments welcomed. Let’s share what God says to His saints.

Please join us for Prayer and Questions at the end of the devotion.

ARE CHRISTIANS TODAY TO CHOOSE between sound doctrine or a unified church?

Is that a real question or is it a false choice? Can we have both? Have we ever had either?

Where do you stand?

Recently, some 50 evangelical leaders gathered at Wheaton College in Illinois to discuss the fate of the evangelical religious movement.

The impetus for the meeting, according to organizers quoted in various media accounts, was to assess the spiritual health of the evangelical community after the 2016 election of Donald Trump as president, especially in light of polling that shows 80 percent of white evangelicals voted for him.

(The definition of “evangelical” was not mentioned in most media accounts, but generally it encompasses four basic beliefs: inerrancy of the Holy Bible, Jesus’ redeeming work on the Cross, salvation through a personal relationship with Jesus, and a call to evangelize.

Therefore, 20 percent of white evangelicals did not vote for Trump. Of that number, some voted for one of his opponents, while others declined to vote at all.

They drew the conclusion that the 80 percenters were destroying the brand, that evangelicalism had reached a “crisis,” and that something must be done to restore its tarnished image.

ATTENDANCE WAS INVITATION-ONLY. So if your name wasn’t on the invite list, the organizers did not want to hear from you. 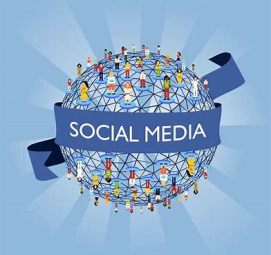 Prominent names that were not invited included Franklin Graham and Robert Jeffress, both supporters of the Trump presidency, although not necessarily of the man. Their writings and public utterances have been supportive of Trump’s policies when they line up with traditional evangelical values.

Prominent names that were invited included New York City megachurch pastors Tim Keller and A.R. Bernard. At one point in the proceedings, Keller characterized the divide among evangelicals this way: “We are being driven apart because there’s now a Red and a Blue evangelicalism,” thus imitating the political divide within the secular world.

What, then, about the 20 percenters? What values does their testimony support, especially since the winning candidate not only selected an evangelical running mate but not one other presidential candidate even sought the evangelical vote or promised to meet the voting bloc’s social policy goals.

Evangelicals have been strong supporters of religious liberty, marriage between one man and one woman for life, sanctity of life from pre-born through physical death, and support for Israel’s right to exist, among other concerns, but how do the 20 percenters defend their vote for another  candidate either lukewarm toward those values or outright opposed to them?

It didn’t come up.

WHAT IS THE STATE TODAY of the body of Christ? As of now, more than one month since the two-day conference ended, no “statement” has emerged summarizing its findings, leaving the public without a sense of how conference organizers would respond.

Members of the president’s faith advisory council noted that the conferees held more “progressive” views on social issues than does the president and his evangelical supporters.

Some evangelical organizations, such as Focus on the Family, are dialing back their political involvement, believing it can interfere with the Gospel message they want to promote, while other groups are ramping up their efforts to preach the Bible to a world in darkness.

But those nagging questions just won’t go away: Should Christians — in particular, evangelicals — promote the values they believe God has laid out in the Holy Bible regardless of secular world pushback … and now pushback from within the body of Christ?

How does the secular world, eager to discredit God’s Word, view the apparent split within the evangelical community?

You know those complaints:

Should the evangelical movement split into rival factions, each representing its version of truth, or should the various factions find a unifying message to heal those divisions?

Belief over unity? Unity over doctrine? Engage in the world; retreat from it?

Are evangelicals becoming the religious-based arm of the secular fight between “conservatives” and “progressives,” between Republicans and Democrats?

For those of us who believe the Holy Word of God is the Almighty’s love letter to us, that He is perfect and unchanging, our conviction rests in His eternal truths. We believe that He has told us clearly what He expects of us, and the expected criticisms from non-believers lack impact.

Fair enough, but now it’s reached a new level: much of the invective comes from within the body of Christ.

Witness the meeting at Wheaton College.

THERE ARE TWO SIDES to this story, as there are to so many stories.

Those who organized the conference downplayed any anti-Trump messaging,

emphasizing the discussions, the prayers, and the “painful conversations” that took place, according to one religion writer for a secular newspaper.

Yet those “painful conversations” were how the evangelical movement  could continue
unstained when 80 percent of their fellow believers voted for  a candidate they all conceded was flawed morally, but who was the only candidate who pledged to honor biblical values in his policies.

On the other hand, news reports showed that several attendees left the conference when it became clear to them the proceeding was not just to express dismay with the election results but, more alarmingly, a roasting of the 80 percenters who voted for him.

Those defectors said the conference by its very nature was political and was not an attempt to unify the faithful.

AS THE SUMMIT ENDED, one of its the organizers reportedly said that in future meetings, evangelical leaders will “fan out in all kinds of directions,” as Christians recognize diversity within their movement.

However, the non-invited Franklin Graham said on FaceBook that he is “not interested in fanning out in all kinds of directions” but wants to focus on one direction only: “reaching lost souls” and “calling people to cross the line from death to life, in Him [Jesus Christ].”

He further said the word “evangelical” should not be used in a secular political context but only in promoting the gospel of Jesus Christ.

WHERE ARE WE NOW?

Apparently, there is a deep split within the evangelical body of Christ, just as there are fissures growing within Christendom’s denominations. Each faction claims to be following Jesus Christ while questioning the faith commitment of the other side.

The Bible tells us what to expect in the future … and it isn’t pretty.

Listen to the apostle Paul counsel his young friend, Timothy:

You may as well know this too, Timothy, that in the last days it is going to be very difficult to be a Christian.  (2 Timothy 3:1 TLB)

Yes, and those who decide to please Christ Jesus by living godly lives will suffer at the hands of those who hate him. In fact, evil men and false teachers will become worse and worse, deceiving many, they themselves having been deceived by Satan.  (2 Timothy 3:12-13 TLB)

Is everyone in the evangelical community looking to the Bible for guidance … is only one side … if so, which one?

For there is going to come a time when people won’t listen to the truth but will go around looking for teachers who will tell them just what they want to hear. They won’t listen to what the Bible says but will blithely follow their own misguided ideas. (2 Timothy 4:3-4 TLB)

Are those 20 percenters — the ones who supported a candidate opposed to biblical values, as well as those who declined to vote — are they substituting their own values for the ones laid down in Scripture?

Woe to those who call evil good, and good evil; Who substitute darkness for light and light for darkness; Who substitute bitter for sweet and sweet for bitter! (Isaiah 5:20 NASB)

God warned us through Paul what He will do if we disobey Him:

And since they did not see fit to acknowledge God, God gave them up to a debased mind to do what ought not to be done. (Romans 1:28 ESV)

Whether the evangelical movement is irrevocably split or can reconcile in Christian unity may be less important than where we are in our individual walks with Christ.

In the end, He will call us to account for our words and deeds, not hold us responsible for the larger church movement.

PRAYER: O merciful and mighty Father God, our hearts break for the failure of our witness. You called us to be light to a fallen world so that men  and women would see our

good works and give You the glory, but we’re stumbling about in the dark ourselves. Lord, speak into our hearts with Your words of wisdom. Forgive us our pride and self-importance and recast our gaze to the road You light for us, to that straightened path You’’ll make for us, through the narrow gate You told us to find. Lord, you’ve given us a choice: help us choose life. In Jesus name. Amen

4 thoughts on “Doctrine Vs. Unity: A False Choice?”

reflections on faith and life

Anytime, Anything, Anywhere for Jesus because He is so worthy

🐛 For Caterpillars Seeking The Butterfly Within 🦋

Your Last Day On Earth
Heartshare

Integrating Spirit and Soul with Mind-Body

The heavens are telling the glory of God; and the firmament proclaims His handiwork. Psalms 19:1

Normalising the conversation about Grief.

God Stories for Me, Yippee!